Budapest is a must-see amazing city

Here are a few things you may find worth knowing about this amazing city. 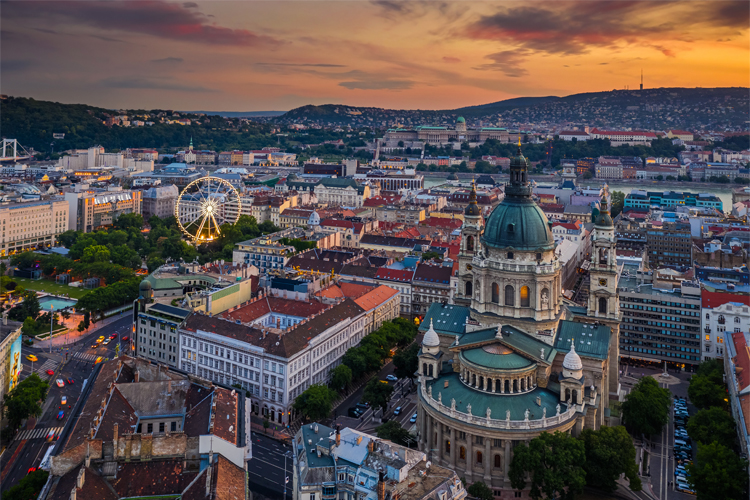 Here are a few things you may find worth knowing about this amazing city.

Budapest is the capital of Hungary with a population about 1.75 million. It is a global city as well, centre of business, finance, technology, media, research, culture and education (more than 40 colleges of higher education and universities are located here), art with lots of museums (housing one of the largest collections of all periods of European art), opera and concert halls, etc., fashion, and entertainment – thus it is a great centre for tourism, of course.

Let’s see how attractive a city Budapest is according to expert rankings. Budapest is cited as one of the most beautiful cities in Europe (The New York Times) and has even been ranked as the most liveable Central and Eastern European city on the Economist Intelligence Unit’s quality of life index, and “Europe’s 7th most idyllic place to live” (Forbes), ranked as “the world’s second best city” by Condé Nast Traveler (CNN) just to mention a few of the appreciations… Budapest attracts 4.4 million international tourists per year, making it the 25th most popular city in the world and the 6th in Europe (Euromonitor).

In Budapest the Banks of the Danube, the Buda Castle Quarter and Andrássy Avenue are Unesco World Heritage Sites with several amazing monuments.

It’s like pictures in a fairy tale when you look around cruising on the the Danube, the great river that cuts the city into two very different parts. On the flat Pest side of the river there are the awesome buildings of the Parliament, the Hungarian Academy of Sciences, Gresham Palace and the Basilica of the city, close to the Széchenyi Lánchíd (Chain Bridge), the oldest bridge in the city (amongst the 10 bridges of Budapest), and lots of elegant hotels. Most probably the cheapest and one of the most spectacular sightseeing tours in the world is to take the number 2 city tram on the Pest riverbank. You will have the most magnificent sights (especially when the illumination is on).

On the Buda hillside there is the Castle Quarter with the Royal Castle and great palaces (mostly galleries these days), the Fishermen’s Bastion, Matthias Church, and the Liberty Statue on Gellért Hill to define the skyline. On the Pest side you go past the building of the Parliament which is the third largest in the world.Further down the river to the south, there is the modern Palace of the Arts with a world-famous concert hall and the National Theatre built next to each other showing a great contrast in their architecture. –  All these for the price of a tram ticket… Just incredible!

Choose our Trabant Tour and drive through these amazing streets:
Another of our famous landmark is Andrássy Avenue lined with big trees and elegant palaces leading from the Basilica to the Heroes’ Square with a spectacular monument of the greatest heroes of the Hungarian history and two excellent museums on each side. A few steps away from the big square there is the City Park with a lake and a lovely castle (Vajdahunyad vára) housing exhibitions, and there is the landmark Budapest Zoo as well. All these were built around the end of the 19th century when Hungary celebrated its 1000 years since the Hungarian tribes had conquered the Carpathian Basin in 895 AD.

Some more of the must-see places of the city are the Great Market Hall with all the goods, what you can’t find there, is not worth buying in Hungary; the West Railway Station (Nyugati Pályaudvar) built by the Eiffel Company of Paris in 1877; and the second-oldest metro line in the world (London being the 1st), the so called Millennium Underground Railway opened in 1896; the second largest synagogue in the world (after New York), just to mention a few.

The city has also got around 80 geothermal springs and plenty of public baths and swimming-pools built on them from the early ages (by Romans and Turks in the 16th-17th century) onwards. As the River Danube runs in a geological fault, the largest thermal water cave system is also here.

And so much more…
Choose our Budapest Discovery Game to explore our city the most exciting way.
Or pick one of our Fun Sightseeing Tours.